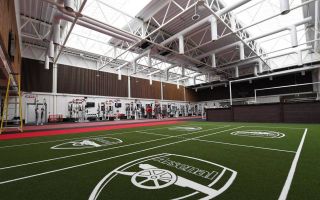 Real Madrid midfielder Martin Odegaard is at Arsenal’s London Colney training ground, with the deal set to be announced tomorrow, according to Goal’s Charles Watts.

Mikel Arteta has made his move to secure the attacking midfielder he desired at this advanced stage of the transfer window. Odegaard has underwhelmed at Real Madrid, but impressed while on-loan with Real Sociedad last season.

His loan move to Arsenal is likely in search of regular first-team football, but perhaps somewhere where he can settle and really begin to establish himself in his career.

Charles Watts, who tends to be reliable when it comes to Arsenal news, has revealed that Odegaard’s life with Arsenal began today, with announcement expected to come tomorrow.

Martin Odegaard has spent the day at London Colney meeting his new team-mates, undergoing all the necessary medical checks and going through all the usual club media duties ahead of his move from Real Madrid. Told announcement is more likely to come tomorrow rather than today.

This is a really intriguing move from Arsenal. There’s no guarantees that he will be able to adapt to life in the Premier League – but it’ll be entertaining for the Gunners fans, whatever happens!