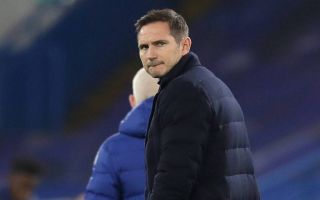 The Telegraph have revealed the moment where Frank Lampard knew for sure his task at Chelsea was an uphill one.

In case you have been living under a rock, which you could be forgiven for, considering we all effectively have since last spring, Frank Lampard was today sacked by Chelsea.

What would have been every Chelsea fan’s dream come true, seeing their hero take the reins at the club he achieved so much at as a player, ended in heartbreak.

While Chelsea have struggled of late, last season was no disaster, you’d think it could have been enough to earn Lampard some time, with the Englishman having led the Blues to the FA Cup final and Champions League qualification.

However, according to the Telegraph, Lampard will have been given a stark wake-up call upon learning that the Chelsea board saw this as no achievement, with a top four finish never being seen as a job well done from Roman Abramovich’s perspective.

You’d have thought Lampard would know what he was getting into, having been at Chelsea as a player for so long, but you get the feeling he learnt pretty quickly just how different things were in the dugout.