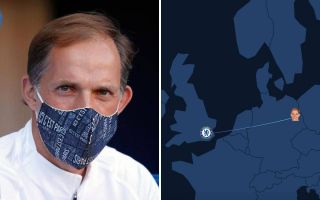 The Telegraph’s Matt Law has provided an update on Thomas Tuchel’s quarantine situation, with the German manager set to take the reins at Chelsea.

With Lampard dismissed and Tuchel to come in, Chelsea have little time to reflect and shed a tear in wake of the departure of a true club legend. Instead, all efforts need to be focused on getting the team back into Champions League contention – with the Blues currently in ninth place.

Tuchel will undoubtedly be eager to get going as soon as possible at Cobham, but in the midst of a global pandemic, it’s not going to be as easy as it once was to get on a plane from Germany (where The Athletic’s David Ornstein revealed he is at current) and start work with an entire squad of players in COVID ravaged England.

Fear not, though, Chelsea fans. Matt Law, who broke the news of Lampard’s departure earlier on Monday, has revealed that Tuchel CAN work during his quarantine period, assuming he tests negative, but will have to stay at home (presumably temporary accommodation for the time being) while not working.

Thomas Tuchel will not be exempt from quarantine BUT the under FA rules as long as he tests negative before he comes into the country, he can join Chelsea’s bubble for training and games, allowing him to manage the team. In between time, he will have to quarantine for 5 days.

Good news for the Blues!