According to Bild reporter Tobi Altschaffl, Chelsea will officially present Thomas Tuchel as their new manager today, with the German already in London following the sacking of Frank Lampard earlier.

The Blues officially announced that Lampard was relieved of his duties at 11.25am on Monday, with the club legend receiving a rare farewell statement from owner Roman Abramovich.

Altschaffl reports that Tuchel’s appointment will be made official after the team’s training session, which was delayed until the afternoon whilst the club handled the sacking of Lampard, per the Telegraph.

With that announcement imminent, Wednesday night’s Premier League encounter with Wolves will mark Tuchel’s first game in charge of the Blues.

Tuchel makes a swift return to management, having only been sacked by Paris Saint-Germain over the Christmas period, with Mauricio Pochettino replacing the German in the French capital.

Thomas Tuchel is already in London and will be officially presented today after the #fcchelsea training session. On Wednesday he will sit on the bench for the first time as head coach. @SPORTBILD @cfbayern 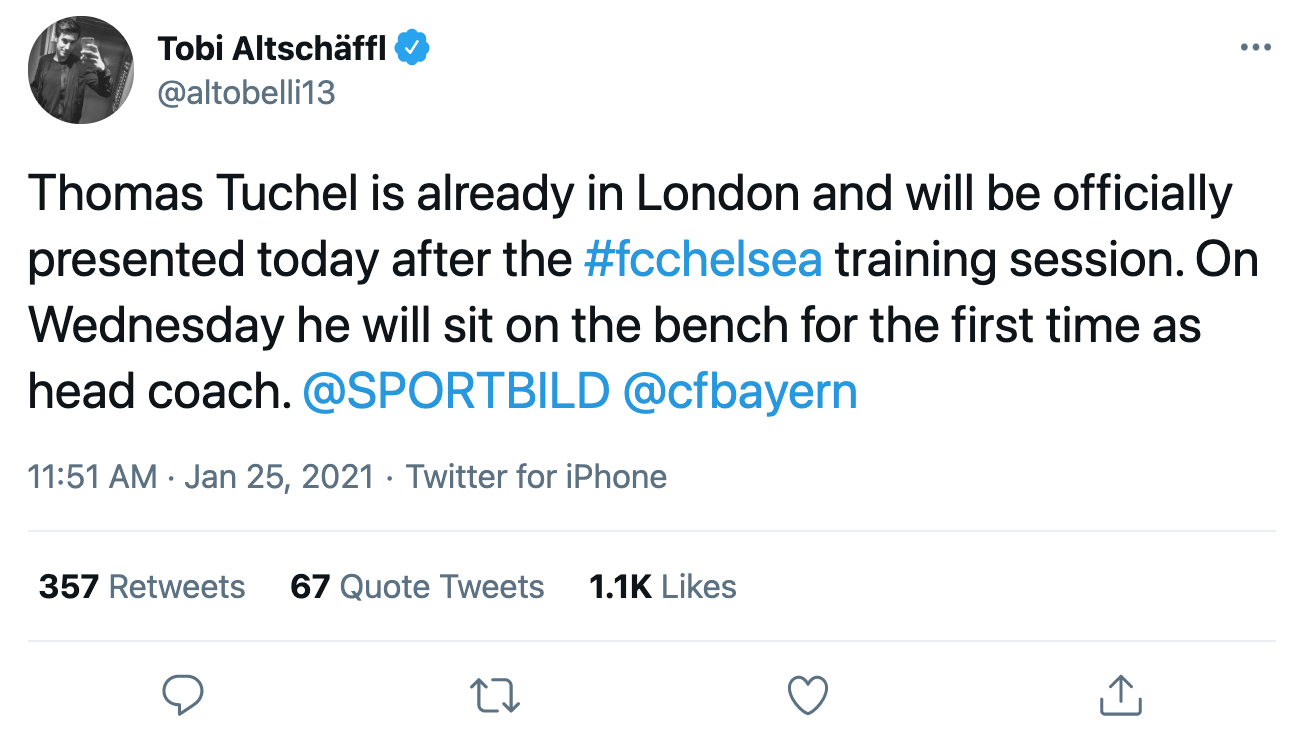 Fabrizio Romano detailed earlier that Tuchel has been identified as the man to take charge of the Blues over someone like Max Allegri, owing to the fact that he can ‘help’ struggling compatriots Timo Werner and Kai Havertz – with the German superstars arriving in big-money transfers in the summer.