Arsenal should be on alert following some big transfer news emerging about Roma striker Edin Dzeko.

The Gunners are not currently being linked with Dzeko, but the Bosnia international could undoubtedly attract some interest in the final few days of the January transfer window as it looks like he’s increasingly likely to leave Roma.

Dzeko has been a big hit at the Stadio Olimpico in recent times, but Goal report that he’s had a row with manager Paulo Fonseca and that his future is now in serious doubt.

MORE: Should this Arsenal youngster go on loan?

Even if the 34-year-old is getting on a bit, he remains one of the most lethal finishers in the game, with a superb record of 114 goals in 242 games for Roma in all competitions.

And of course, Dzeko has experience in the Premier League, having been a key player for Manchester City for many years, winning two Premier League titles with the club after netting 72 goals in his spell in English football.

Arsenal have their issues up front this season as Pierre-Emerick Aubameyang struggles to replicate his best form from last season, and Alexandre Lacazette doesn’t look like enough of a goal threat to make up for his team-mate’s dip in form.

In truth, Arsenal probably shouldn’t have sold a reliable squad player like Olivier Giroud when they did, but in Dzeko they could land a similarly tall, physical goal threat up front, and someone who might be more happy than most to accept a role that doesn’t involve starting every game and playing 90 minutes week in, week out.

Arsenal need only look at Manchester United’s success with Edinson Cavani this season, with the former Paris Saint-Germain striker not initially looking the most exciting signing when he joined, and more like a panic buy. 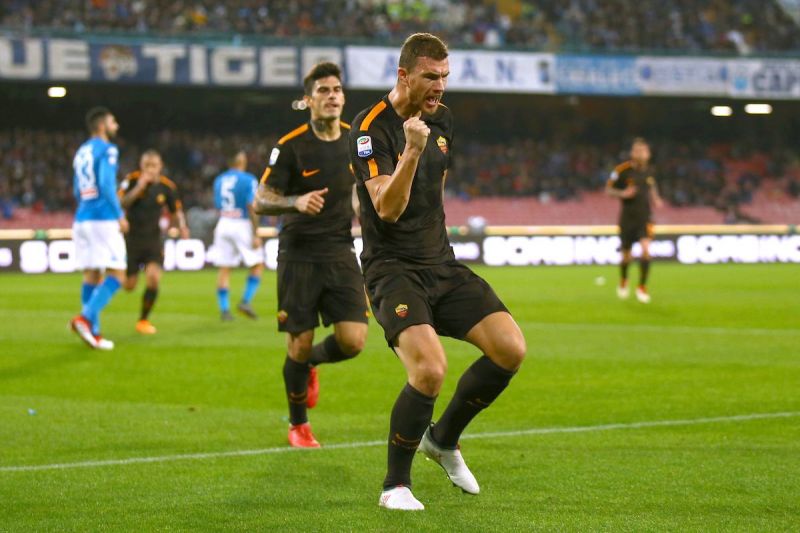 However, the experience and the proven quality of the Uruguayan has seen him play an important role for Ole Gunnar Solskjaer’s side, giving them someone to look up to and learn from.

Dzeko is at a similar stage in his career, and if he’s not happy at Roma this could be a great opportunity for Arsenal to get in a low-cost, low-risk option to strengthen them up front this January.

After a dire start to the season with so many of their attacking players lacking inspiration, the arrival of Dzeko could be the best way to improve things, at least in the short-term.