It’s a sorry state of affairs when your board has all but accepted your fate in January, but that’s the scenario facing Sheffield United boss, Chris Wilder.

Whilst it’s true that the Blades are enduring one of the worst seasons of any team to have ever played in the Premier League, and if they don’t start picking up points, it will indeed be the worst ever, not getting the backing from the powers that be when there are still four and a half months left of the season is unforgivable.

According to Football Insider, Wilder has been told that there is no money available for signings this month, despite having previously been advised that he would be in a position to make two loan signings before the end of January.

By displaying such an attitude, United’s board have, for all intents and purposes, sent a message to Wilder and his squad which will do no favours in terms of boosting morale at all. 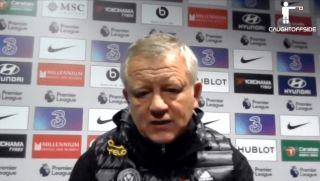