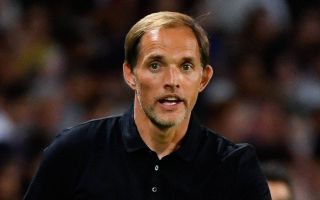 Chelsea have officially announced the appointment of Thomas Tuchel as their new manager, following the sacking of club legend and all-time great Frank Lampard on Monday.

The west London outfit state that Tuchel has signed an initial 18-month contract, with that deal including the possibility of an extension.

Chelsea add that the 47-year-old will take control of his first training session tonight before making his dugout debut for the Blues in tomorrow night’s Premier League encounter with Wolves.

Tuchel has made a swift return to management, the German was sacked by Paris Saint-Germain after two-and-a-half-years in charge over the Christmas period.

See More: Surprise Chelsea star could win back his place under Thomas Tuchel

Here’s how some Chelsea fans have reacted to the appointment:

Can’t say I’m at all excited about this announcement, don’t particularly rate him and can only see him taking us backwards playing certain players, will be gone within 10 months

Mark this tweet, he’ll be gone within 2 years maximum, the board have no patience or football knowledgeable and this cycle will continue over and over again. Highly likely the reason will be over “losing the dressing room” after a few bad results. See you in the future ?

Good Luck. Win trophies quickly or you won’t see out the year. This is Chelsea, you won’t get any time from owner and board ?

Welcome to the biggest football Club in London ?

If you’re not backing Tuchel you are not a Chelsea fan and you should follow Lampard out of the door. i myself i will back every manager until i don’t but always want to see my beautiful club playing again beautiful football.

Can we all just get behind him and give him a fair chance? It’s not his fault Lampard got sacked.

We need to accept, that Frank is gone. And we need to remember, Tuchel didn’t fire him, we must stand behind tuchel to the end !

It’s no surprise to see that the Blues have appointed a German as their new boss, Tuchel will be hoping to get compatriots Kai Havertz and Timo Werner firing – with the duo looking largely unconvincing after big-money transfers in the summer.

Chelsea currently sit ninth in the Premier League table, sliding down from potential title challengers after a disastrous run that’s left them with five defeats in their last eight top-flight encounters.

Tuchel won Ligue 1 in both of his full seasons in charge of PSG, with his most notable achievement in the French capital undoubtedly taking the side to the Champions League final last season.

Tuchel has also led Augsburg’s reserve side, Mainz and Borussia Dortmund in his managerial career. He worked with Blues star Christian Pulisic during his time with BVB.

The only certain thing we know going into Tuchel’s reign is that owner Roman Abramovich will be expecting success as soon as possible, the Israeli-Russian is ruthless when it comes to Blues bosses.