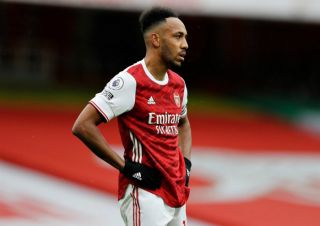 Arsenal defeated Southampton on Tuesday night, having been knocked out of the FA Cup by the Saints just a few days earlier. It’s been a mixed bag since Aubameyang last featured for the Gunners, with Mikel Arteta undoubtedly keen to have his star striker available as soon as possible.

It’s uncommon for a player to be absent in this manner without a reason given, but that eluded to the sensitivity of the issue, with Aubameyang clearly wanting to keep it under wraps and have his privacy respected while he dealt with the issue at hand.

Now said issue has seemingly been dealt with, Aubameyang has taken to social media to post a statement, thanking everyone for their support and revealing that his mother has been battling with illness, but is now thankfully on the mend.

Wishing good health to Aubameyang’s mother and fingers crossed it won’t be long before he will be available to feature for Arsenal once more.