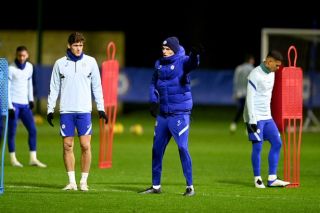 Chelsea’s new manager Thomas Tuchel is reported to have sent a positive message to his squad as he took charge of his first training session yesterday.

The Blues sacked Frank Lampard earlier this week and Tuchel was confirmed as his replacement yesterday, with the German tactician already set to take charge of the club’s Premier League clash with Wolves this evening.

Chelsea have not been in the best of form recently and it seems right to make a change, with fans likely to be encouraged by Tuchel’s first key message to his players.

According to the Daily Mirror, the former Paris Saint-Germain manager told everyone that they’d have the chance to prove themselves in his first-team plans.

This could be good news for some players who’ve been rather harshly overlooked by Lampard, and many Chelsea fans will no doubt have some in mind in particular that they’d like to see more of under the new manager.

The Mirror add that one of the reasons Tuchel was targeted by Chelsea is due to his willingness to work with young players, so fans will be reassured that the likes of Callum Hudson-Odoi and Billy Gilmour should still get playing time under the 47-year-old.