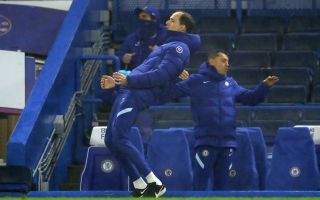 Chelsea were held to a 0-0 draw by Wolverhampton Wanderers in Thomas Tuchel’s first game in charge of the Blues.

Tuchel had just one training session with his players yesterday evening ahead of today’s game, which was evidently not enough to get them playing his way.

Though the German made considerable changes to the side, and reverted to a three at the back formation, it was a similar story for the Blues.

MORE: “Nothing much has changed” – These Chelsea fans react as Chelsea fire a blank on Tuchel’s first game in charge

While they did control possession, more than usual, with a total 79% of possession, they did very little with it in terms of creating chances.

Evidence of that is the Blues’ xG (expected goals) for the contest, which considering the amount of the ball they had, was pretty shocking.

Of course, this can’t be considered the best of ‘Tuchelball’ that we will see during his reign, but it does beg the question as to whether it’s the standard of the personnel, rather than leadership.