Ole Gunnar Solskjaer rarely took the chance to rotate his team last season as Man United hunted down a spot in the top four, so it’s no surprise that he’s sticking to that strategy in their hunt for the title.

Obviously that’s brilliant if you’re one of the regular starters that he trusts, but it’s a real blow for any of the fringe players who are struggling for minutes.

The limited opportunities on offer will make it tough on their confidence and match sharpness, while it could also affect their performances when they do play if they feel they need to shine as an individual rather than playing for the team.

READ MORE: Man Utd ace could be in new club’s squad this weekend as major transfer development expected in next 24 hours

Dan James is in this situation with only six league appearances so far this season, but a report from Stretty News has indicated that his international manager is backing Solskjaer’s call.

It has to be pointed out that it is Ryan Giggs so it would be a surprise if he publicly called out his former teammate, but his comments to Stadium Astro do sum up the situation for James:

“We are in unknown territory. Where you don’t have a lot of time. A lot of games squeezed into a short space of time. So, I think Ole would take the safe option and keep as many quality players in the club as he can.

“Yes, it would be frustrating. I know that Dan is frustrated. Just like any other player who isn’t getting regular football. But when you are at a big club like United when you get the chance take it.”

That would also rule out a possible loan move if Solskjaer is just looking to keep all his players at the club, but it’s not going to do anything to help James’ development.

He could still have a role to play as an impact sub and that will only increase if he impresses on his rare outings, but it does look like he might have to make do with Europa League appearances for the second half of the season. 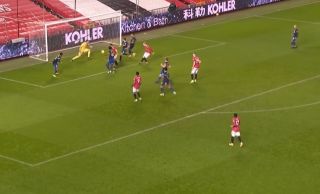 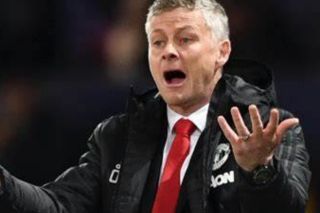