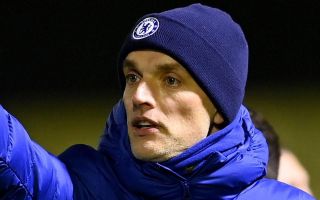 It’s clear that Thomas Tuchel has changed so much about Chelsea in terms of their playing style and even the personnel compared to Frank Lampard, but the result is much the same.

Obviously he can’t really be judged after a few days in charge and it does look like he’s getting his ideas across to the team, but that doesn’t hide the fact that they drew 0-0 with Wolves tonight.

It was a game for the stats people as Chelsea dominated possession and most of the stat lines that are deemed important, but they only took a point from the game and that will need to improve going forward.

There are some positives to be taken in the fact that you can see he does have a tactical plan so that’s a pleasant change, but time will tell if it’s just a case of taking some time for everything to click.

Football wouldn’t be anything without a touch of overreaction from the supporters, so Chelsea’s Twitter is a bit of an eye-opener this evening:

Meaningless possession. Infinite backwards and side way passes. Not creating any clear cut opportunities. Nothing much has changed.

The passing numbers are inflated. None of them were good passes. None putting pressure on the d. Just going backwards for no reason.

Lots of possession but that midfield lacked Mason Mounts driving through the lines. Jorginho is just to safe with the ball. #CFC

It was a very sloppy performance at the bridge. This Tuchel might not perform better than his predecessor. All we saw was possession.

It will be interesting to watch how this team evolve over the next few weeks in terms of being able to score goals and actually being able to break teams down, but there are some promising early signs at least.