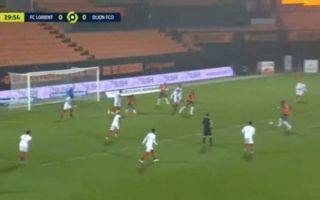 Chelsea loanee Trevoh Chalobah scored his first goal of the season for Lorient this evening against Dijon.

Trevoh is not the first Chalobah to be vying for a place in the Chelsea first-team, with Nathaniel having captained the Blues’ youth sides before his development stalled.

Trevoh, who is currently on loan with Ligue 1 outfit Lorient, will be hoping to have more success in his efforts to become a fully-fledged Chelsea player.

MORE: Chelsea starlet named Man of the Match by BT Sport after shining out of position twice on Tuchel debut against Wolves

Those at the club who will be keeping an eye on the club’s players out on loan will have been impressed with Chalobah’s performance this evening, and in particular, his goal, a smart finish from the edge of the penalty area.

The ball fell to Chalobah, who picked his spot, and found it cooly.

Chelsea have a great deal of competition in the middle of the park, which will make it difficult for him to force his way into Thomas Tuchel’s thinking.

If he continues to provide goals like this from the midfield, though, he’s in with a chance. 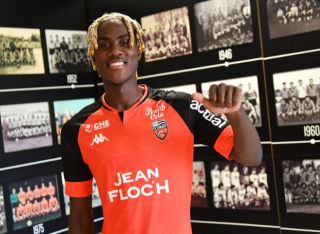 Chelsea youngster feels confident of breaking through next season thanks to Frank Lampard March 22, 2020 20:14
Chelsea FC