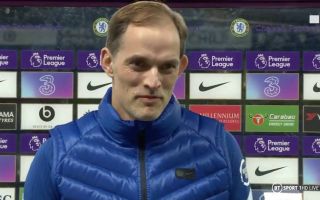 New Chelsea manager Thomas Tuchel has given an interview to BT Sport ahead of tonight’s clash with Wolves, his first interview in charge of the Blues.

It’s been a wild few days for Chelsea and Tuchel, with Frank Lampard still being employed as head coach on Monday morning, and Tuchel holding a training session ahead of his first fixture in charge on Tuesday night.

Tuchel has gone with an experimental lineup for tonight’s clash with Wolves, one which we wouldn’t have seen under Frank Lampard’s stewardship, but one that suggests there is change on the horizon at Stamford Bridge.

Just how much we can learn from tonight’s game remains to be seen, considering the short window between his appointment and the match, but it’s a good chance for him to get to grips with his players nonetheless. 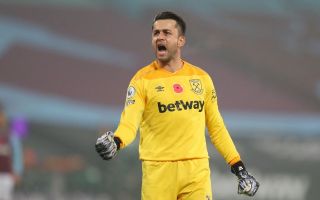 Speaking ahead to what Tuchel will be hoping will be a first game in a successful Chelsea career, the Germain told BT Sport just how much of a rollercoaster the past 48-72 hours have been.

“You can not imagine the last 48 hours!”

“We will see if I got any messages across!” ?

It hasn’t quite sunk in for Thomas Tuchel that he’s managing Chelsea despite taking just one training session.

He told @ReshminTV about his hopes for how his team will play ? pic.twitter.com/8uzdW4vjQh