The 21-year-old is considered a huge talent and has caught the eye with his recent displays in the Bundesliga, with a big move surely on the horizon for this exciting prospect.

United are among the suitors for the skilful midfielder who has been described as the ‘new Michael Ballack’ in a report from the Sun.

The Austria international looks like he could be a fine fit at Old Trafford, even though Ole Gunnar Solskjaer already has a number of quality options in the middle of the park.

There are, as always, lingering doubts over Paul Pogba, so there may soon be room for Baumgartner to add something to United’s midfield. 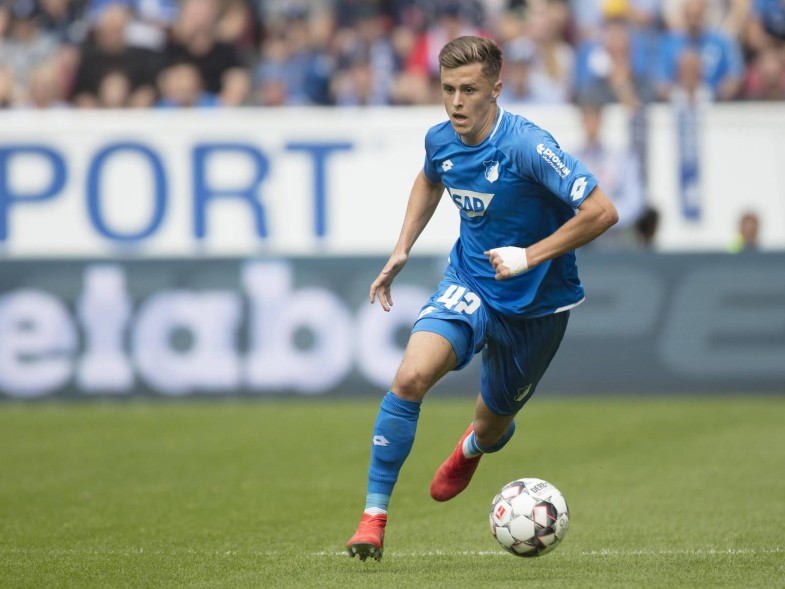 Christoph Baumgartner in action for Hoffenheim

The Sun note that the youngster could cost around £16million at the moment, though his valuation is also likely to rise.

It will be interesting to see how this saga develops, but Baumgartner certainly looks like a player to watch in years to come, with transfer gossip over his future surely only likely to increase.