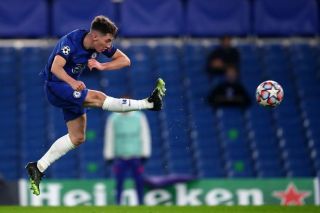 West Ham manager David Moyes is reportedly keen on finding out if Chelsea midfielder Billy Gilmour is available on loan before the end of the January transfer window.

The Scottish starlet has shown himself to be one of the finest young players in the country in recent times after making some appearances in the Chelsea first-team.

MORE: Tuchel has been desperate to work with this Chelsea star

Gilmour faces plenty of competition for places at Stamford Bridge, however, so could benefit from a loan move away from the club in order to gain experience.

West Ham could be an ideal destination for him, and the Daily Mirror state that Moyes is keen to find out if Chelsea could be willing to let him leave for the rest of this season.

The Hammers would surely benefit from Gilmour’s quality on the ball and intelligent play, and he could play his part in boosting the east Londoners’ push for a European place.

Moyes’ men are currently in fourth place in the Premier League and some smart January business could do them the world of good between now and May.