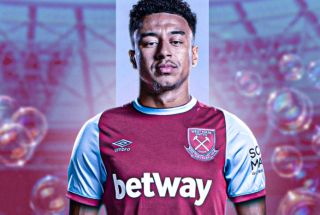 It’s been well known that West Ham have been desperately searching for some kind of attacking reinforcement this month, while Jesse Lingard is in desperate need of a transfer to allow him to play regularly again.

He hasn’t featured at all for United in the Premier League this season so it makes sense to let him go, but every time a rumour sprung up it appeared to be dismissed pretty quickly.

Admittedly he’s not going to be a direct replacement for Sebastian Haller, but this could be an interesting signing if it goes through:

BREAKING: West Ham have agreed a deal to sign Jesse Lingard on loan from #MUFC for the rest of the season.

Manchester United have agreed a loan fee with West Ham over Jesse Lingard.

He will give them a boost going forward with his ability to play anywhere across the front line, while it will mainly come down to David Moyes trying to bring his confidence back.

Lingard has looked off in the last couple of years because he’s not trusting himself to make the right decision quickly, but he could be an excellent addition if West Ham can help him re-find his best form.

When he’s at his instinctive best then he’s a nightmare to defend against because of his pace and movement, so it would be great to see him get back to that level.