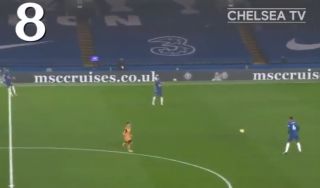 There were clearly positive signs for Chelsea last night under Thomas Tuchel, so they could be a brilliant team to watch if things click in attack and they start banging a few in.

The problem is that last night they did draw 0-0 and didn’t look overly threatening going forward, so it’s probably not the time to be giving it the big one and posting things like this:

The reaction has been fairly predictable – Chelsea fans openly questioning the idea to post this and rival fans gleefully piling in:

Always going to go down like a lead balloon this ????? Very positive signs for sure, but passes mean nothing if u don’t score!

Celebrating passing with no goals?

This is cringe. Well, much of the coverage has been.

Wow we can string 16 passes and have no attacking threat ??

Absolutely pointless if you don’t score & boring to watch

This is beyond embarrassing to watch. 16 passes under zero pressure that lead to an aimless cross and a feeble shot. pic.twitter.com/eh3rMDdBsI