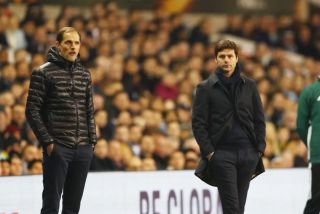 It’s amazing how often a player or a manager will have some kind of connection to a rival club from when they were a kid.

We’re all easily led when we’re younger and it’s common to find kids who like a club because they think they have a cool name or because they idolise a certain player, so it’s really not a big deal.

That hasn’t stopped the accusations being presented to Thomas Tuchel that he was actually a childhood Spurs fan, but he bats away the question fairly well and his explanation is actually pretty funny:

Thomas Tuchel does an excellent job of explaining his childhood connection to Spurs… pic.twitter.com/Ji6FpZu0iB

It’s interesting to hear that Spurs were regularly featured on German TV when he was growing up – perhaps it was the Jurgen Klinsmann connection that made them popular, but you have to think the Chelsea fans will be happy with this explanation.

Let’s just hope that an image doesn’t emerge of him wearing the shirt and kissing the badge or anything….