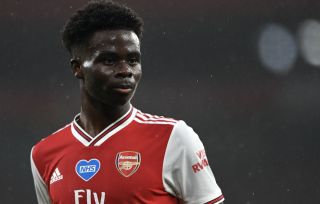 Arsenal star Bukayo Saka has admitted that he was left stunned by Aston Villa’s Jack Grealish during a recent training session with England.

READ MORE: Man United forward expected to fly out on Sunday to complete his loan exit

Saka, 19, is a product of Arsenal’s youth academy and after forcing his way into the club’s senior first-team has gone on to emerge as one of England’s most highly-rated attackers.

The exciting youngster is enjoying a hugely impressive breakthrough which has seen him score five Premier League goals in 17 starts during the current 2020-21 season.

In light of the youngster’s inspired form, Saka earned himself a senior international call-up at the end of last year.

Speaking to Gunners’ legend Ian Wright on a recent episode of ‘A Family Thing‘, Saka has hailed Villa’s captain Grealish.

“When you see them in the flesh, you think to yourself, ‘my God man, that guy can play’,” Saka said (as quoted by Daily Star) “Who was that guy in the England squad for you?”

To which the winger replied: “For me, it’s Jack Grealish, wow!”

Going on to reveal how nervous he felt ahead of his England debut, the 19-year-old said: “I was nervous you know [when the call-up came]. When I first went there, seeing the big names that I used to watch on TV, but to be fair, they all made me feel like I was one of them, which helped me a lot.

“As soon as I came they welcomed me, they spoke to me, that helped me settle quickly and now I feel comfortable in the squad.”

Saka is one of many Arsenal graduates currently impressing manager Mikel Arteta and have arguably gone some way to easing the pressure the Spaniard was feeling earlier in the season.

Speaking about his hugely talented team-mates, including Emile Smith-Rowe, Joe Willock and Eddie Nketiah, Saka said: “We all just came though the same path, we came up together with the same coaches so even if I’m on the bench, to see someone like Emile [Smith Rowe] out there scoring it just puts a smile on my face.” 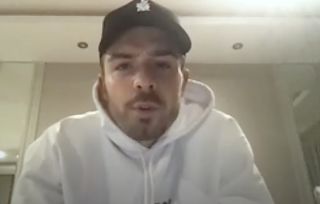