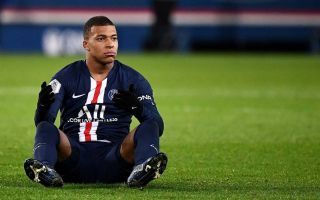 PSG are fed up with Kylian Mbappe’s games and are prepared to sell him to the highest bidder out of Real Madrid and Liverpool, according to Don Balon.

Mbappe’s future has been the talk of the town in recent months, with the Frenchman, touted as a future Ballon D’Or winner, thought to be unsure as to whether he can achieve those ambitions in Ligue 1 – the league of the farmers, as some refer to it.

As Don Balon note, Real Madrid and Liverpool have been the two teams linked with a move for Mbappe, being two of the only teams who could realistically afford a move to sign him – and that’s with there being doubts over even their capabilities of pulling it off.

They ought to receive a great deal of encouragement by this recent report by Don Balon which suggests that PSG are ready to sell Mbappe, with the youngster thought to be toying with the club over his future and an extension to his contract.

That is, it ought to give encouragement to Real Madrid and Liverpool if they believe the claims that Don Balon make, which are oftentimes some way wide of the mark.