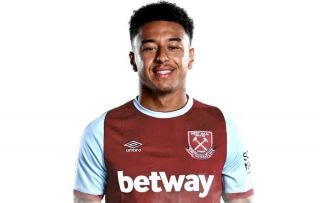 Lingard, 28, joined United’s youth academy all the way in 2000 and after enjoying a string of successful loan spells, eventually went on to make his senior first-team debut in 2014.

Since forcing his way into the club’s first-team, Lingard has gone on to feature in 210 matches in all competitions, with his highlight moment being scoring the 2016 FA Cup final’s winning goal against Crystal Palace.

However, after continuing to fall further and further down current manager Ole Gunnar Solskjaer’s pecking order, Lingard has struggled to get minutes under his belt over the last 12-months.

Opinion: Jesse Lingard will fire West Ham to the Champions League and ignite his England ambitions in the process

After sanctioning a loan move for the 28-year-old, United have agreed terms with David Moyes’ Hammers in a switch which will see Lingard play in the country’s capital until the end of the season, as per Sky Sports.

Should Lingard find himself back at United in the summer, the midfielder will have just 12-months left on his deal and will undoubtedly become a permanent target for several clubs looking to take advantage of his contractual situation.