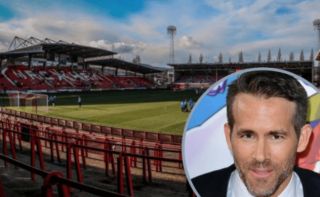 When news broke towards the end of 2020 that Hollywood superstars, Ryan Reynolds and Rob McElhenney, wished to take a controlling stake in Welsh football club Wrexham, it was scarcely believable.

Social media at the time was awash with messages asking what the joke was and whether it was all part of a grander scheme to take the masses for a ride.

The pair’s own social commentary on the matter soon convinced everyone that they were in it for the right reasons and the long haul, and anyone who had an ounce of doubt that their intentions were anything but honourable, had the opportunity to put any and all questions on the table.

Suffice to say that every question was answered honestly and fairly, and once a short video was made to announce their commitment to the wider public, any initial scepticism amongst the locale quickly disappeared.

Although the takeover still hasn’t yet been fully signed, sealed and delivered by the relevant authorities, Reynolds and McElhenney have, according to the Daily Star, committed money to the club in order that they can strengthen the squad before the transfer window closes.

If nothing else it underlines their commitment to their investment and, looking ahead, things could be about to get very interesting in that part of Wales.