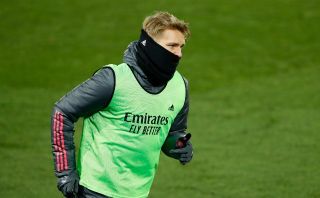 Norwegian viewers are clearly very loyal to one of their country’s finest footballers.

Odegaard has just joined Arsenal on loan from Real Madrid, and it will be interesting to see how he gets on at the Emirates Stadium.

Clearly, he has his fellow Norwegians behind him. Can he justify this with a late impact against Man Utd?