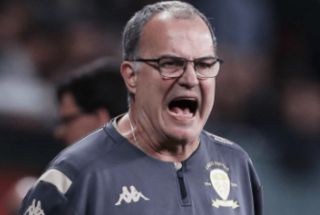 The greatest shame in this atypical of football seasons is that Leeds United’s loyal supporters have been unable to cheer their heroes on from the Elland Road stands.

Instead, in their first English top-flight campaign for years, the players have had to make do with silent stadiums whilst fans have watched on from the comfort of their own homes.

MORE: United against racism, but words are not enough…

Marcelo Bielsa’s side are certainly holding their own at the moment, and have been a breath of fresh air in the Premier League.

Though they’ve lost some games they really should’ve won, they can’t be faulted for effort, and that’s no real surprise when you consider the instructions that the Leeds players are given before they take to the field.

“Run” is the sum total of Bielsa’s team talks says Brighton and Hove Albion defender, Ben White, a former loanee at the Yorkshire-based outfit, and according his interview with The Athletic (subscription required) and cited by Inside Futbol.

Short, sharp and to the point.