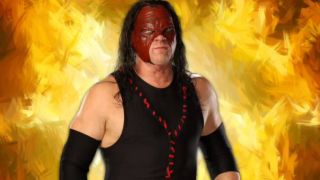 There’s little doubt that one of the more entertaining thing about wresting in the 90s was the entrance music, so it’s funny to see them making a comeback with Premier League clubs using them.

Arsenal went with the fairly uplifting tones of Kurt Angle in a recent game, but they took things up a notch against Man United today by playing Kane’s music to welcome the players back on to the pitch:

When @Arsenal used @GlennJacobsTN kane theme as a walkout ? pic.twitter.com/CGH20KA6j0

Noticed Arsenal play Triple H, Kurt Angle and now Kane’s theme for home games. Someone there is clearly a fan. Lads please one of you nominate him for the Cultaholic Hall of Fame ? @RossOnRasslin @JackTheJobber @Maffewgregg pic.twitter.com/Z8BaGCOCPs

His music is much more ominous so it may not be one to fire the teams up as much, but it’s fun to think of where they intend to go next.

READ MORE: Video: WWE legend Kurt Angles manages to disrespect Arsenal twice after they use his entrance music for the second half