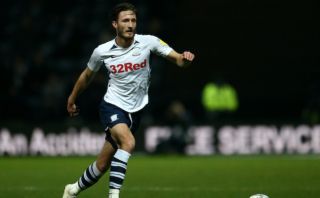 Pre contract agreements are sometimes tough to figure out, especially when it’s not always in everyone’s interest to actually confirm that it’s been signed.

Sky Sports recently reported that Celtic had agreed a deal with Ben Davies which would see him move to Scotland on a free transfer next summer, but that could now be in doubt after late links with Liverpool have emerged:

Understand Liverpool are considering a late move for Preston defender Ben Davies to solve their defensive injury problems. Celtic are also in for the centre-back who is out of contract at the end of the season. #LFC #pnefc #CelticFC

You would think that this would indicate that the deal with Celtic isn’t confirmed at all, but there’s also a scenario where he could still sign for both.

Liverpool only need cover until the summer when their first choice defenders should be fit again, so there’s no reason why Celtic couldn’t allow him to go on loan to Anfield until the end of the season.

It might even be in everyone’s best interests as they’re an absolute basket case of a club under Neil Lennon so he might as well wait until the summer to join when a new manager is in place, while he’ll also improve by playing at the top level.

It must be said he’s one of many defenders who have been linked with a move to Anfield so most of them have to be false, but it’s an interesting one to keep an eye on tomorrow.