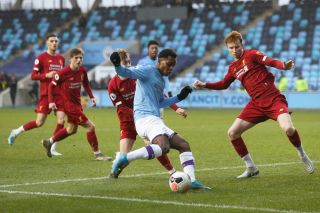 Manchester City starlet Jayden Braaf is reportedly set to join Serie A side Udinese on a short-term loan until the end of the season.

Braaf, 18, is widely regarded as one of Manchester City’s most highly-rated youngsters.

Since joining the Citizen’s youth academy in 2018 after making a switch from PSV, Braaf has gone on to feature in 44 matches.

As a winger who primarily operates on the left-flank but can also rotate onto the right, Braaf has directly contributed to 19 goals, in all competitions.

In line with being hotly tipped to become a future first-team star, according to reports, Manchester City’s hierarchy are hopeful they can loan their youngster out in an attempt to continue his impressive development.

A recent report from Goal claimed the Dutch teenager is on the verge of joining Udinese until the end of the season.

Goal claim that Udinese have beaten Bundesliga duo RB Leipzig and Borussia Dortmund to the signing of Braaf after both German outfits were keen to bring him in, also on loan.

It is understood that Braaf is chomping at the bit to prove himself in Europe’s top-flight and if Goal’s report is anything to go by, he won’t have long to wait. 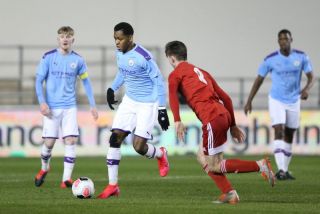