According to Sunday’s print edition of Spanish publication Sport via SportWitness, Manchester United are one of the sides that will ‘push hard’ to sign Barcelona attacker Ousmane Dembele this summer.

Sunday’s edition of Sport echoes the update they offered on Dembele on their website yesterday, suggesting that Chelsea and Juventus will also ‘push hard’ to land the winger.

Sport claim via German newspaper Bild that United are looking to recruit one of Dembele or Jadon Sancho this summer, with the Frenchman a potentially more attractive option as his price should be lower than the Borussia Dortmund starlet’s.

Dembele, who is a key player for the side once again this season after a few of disastrous years following his marquee move, would like to remain with the Catalan outfit.

The door for interested suitors to make their case for the 23-year-old appears to be open though, Dembele’s contract expires in the summer of 2022 and the tricky attacker is in ‘no rush’ to sign an extension, with the star waiting on the appointment of a new club president. 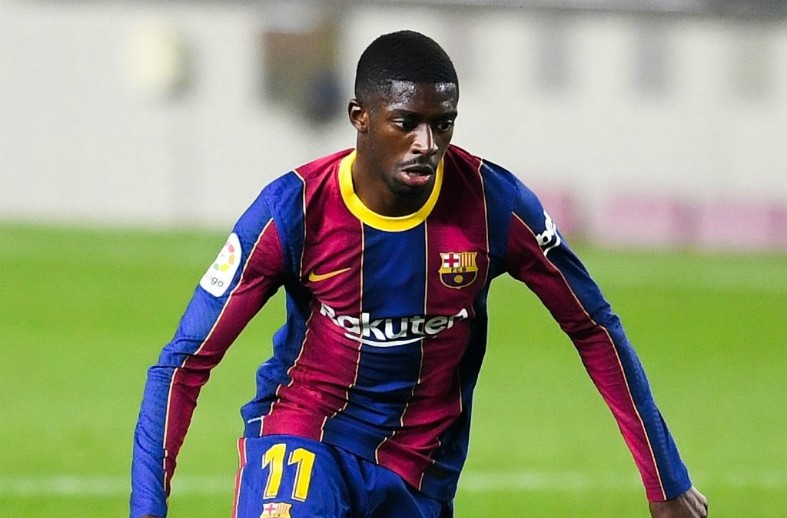 Ousmane Dembele has largely failed to live up to his price-tag but is just 23.

With Barcelona’s presidential elections to take place in March, a proposal can’t be realistically seen to be offered before that point.

Sport’s website reported yesterday that Juventus would be in a position to offer the France international a ‘very attractive economic proposal’ – perhaps something sparked by the favourable Italian tax laws for footballers.

That would leave Dembele just three months away from entering the final year of his contract, so Barcelona have a somewhat short timeframe to ascertain whether they can renew the winger’s terms before they are presented with the last realistic transfer window to recoup a respectable fee for the ace.

Sport’s print report adds that Barcelona remain ‘open’ to all options regarding Dembele, as they are also aware that an ‘important player’ will have to be sold in the summer to keep the club economically stable amid their financial crisis which has been massively heightened by the Covid-19 pandemic.