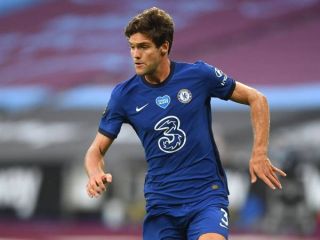 The arrival of a new manager will always result in some changes to the first team, but it does look like Thomas Tuchel will be much more flexible when it comes to his team selection.

He’s already shown that he’s not afraid to make changes so it will take time to figure out what his preferred starting XI is, but it also looks like he will use his squad if he thinks there’s an advantage to be found.

Ben Chilwell was always a favourite of Frank Lampard and he would start every game if he was fit, but he was left out of the team in favour of Marcos Alonso today.

The Spaniard played well and scored a lovely goal so there’s every reason to think he might start the next game, but Tuchel spoke after the game and admitted it was his height that led to his inclusion today:

“We had the reason, it was not because we were unhappy with Chilwell but we opted for more size to defend set pieces.”

Alonso is a few inches taller than Chilwell so the logic does make sense, but it was actually in the opposition box that he made the biggest difference today.

This should be encouraging for the fringe players because it looks like they will get chances, while we’ll see in the next game if Tuchel rewards Alonso with another start after a fine performance today.