According to Goal, Bayern Munich chairman Karl-Heinz Rummenigge has told Sky Germany that Liverpool and Chelsea are two of the ‘quite attractive’ clubs that are battling for Dayot Upamecano.

Upamecano has really established himself as one of the top defensive talents in the world with his solid performances for RB Leipzig since joining from sister club RB Salzburg in January of 2017.

The 22-year-old is being earmarked for a major transfer this summer, when a €42.5m release clause in his contract will come into play, offering a window of opportunity from the world’s biggest clubs.

Rummenigge noted that the Bavarians will ‘almost certainly’ lost David Alaba on a free transfer this summer, with his comments seemingly confirming that Upamecano is the ideal replacement.

The Bayern honcho admitted that interest from Liverpool and Chelsea ‘proves’ that Upamecano has ‘very good qualities’. 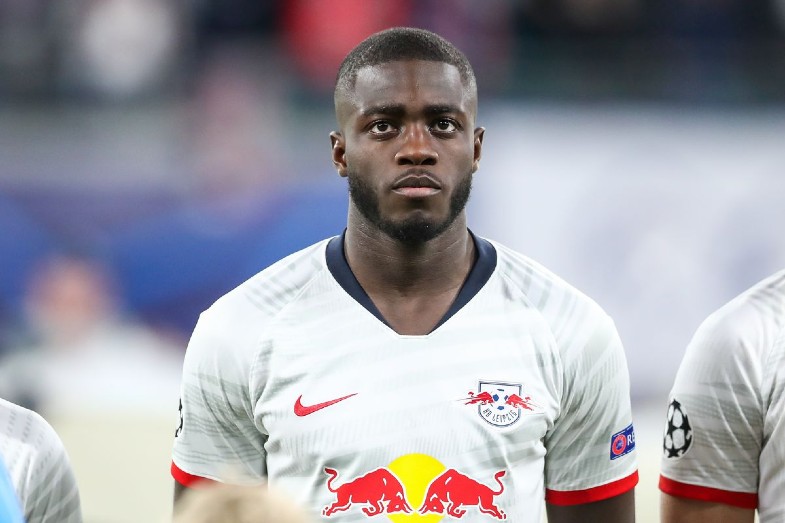 Dayot Upamecano is being linked with a host of the world’s biggest clubs.

Here’s everything that the Bayern chief had to say on Upamecano:

“In addition to Bayern Munich, there are at least two quite attractive clubs interested, the fact is that the player is interesting, and the fact is that we will almost certainly lose David Alaba in that position.”

“I can’t say if there will be other departures in that position.”

Rummenigge also explained why he believes the Bavarians will win the race for the defender:

“You have to let things grow in peace. We have a good relationship with Mr Struth (Agent). The player will know what he wants at some point,”

“We have a good relationship with RB Leipzig as well. I have had a conversation with Oliver Mintzlaff. When things become concrete, we’ll talk again.”

“The fact that Chelsea and Liverpool are also interested in him proves that he has very good qualities. He can replace David Alaba.”

Fussball Transfers detailed recently that Bayern were leading the race to recruit the Frenchman, with Upamecano having been in contact with both manager Hansi Flick and shot-caller Rummenigge.

The above report also cites interest in the ace from Manchester United and Real Madrid which is unsurprising considering the level of top-level experience Upamecano boasts for his age.

Upamecano has featured in all but one of Leipzig’s 19 Bundesliga encounter so far this season, holding a key presence at the back which has helped the side sit second in the table.

The 6ft1 ace has already made 138 appearances for Leipzig, with those coming in a period that has seen the Red Bull-backed side provide some slight competition to Bayern Munich for the Bundesliga title as well as a time which has seen the side become constant features in the Champions League.

Upamecano can hit the next level with a respectfully bigger club, he’s just recently won his first few caps for France’s senior team and will be looking to cement a place in the squad for the Euros.

The fact that Rummenigge raved about Bayern’s good relationship with Upamecano’s agent Volker Struth and Red Bull’s Global Head of Soccer Oliver Mintzlaff shows that the Bavarians are firmly leading the race for Upamecano – the confident comments may suggest that a deal is already wrapped up.