Liverpool fans may want to refrain from hailing the imminent signing of Ben Davies on social media, as they’ll be leaving themselves open to some serious embarrassment.

With the Reds agreeing a £2m deal for the Preston North End ace to bolster their injury-stricken centre-back ranks, an old tweet has emerged from June 2013, which has been swiftly deleted by Davies.

Davies appears to have trolled a friend hailing from Liverpool by tagging them in a savage tweet that reads “Nobody likes Scousers. Not even Scousers like Scousers.”

The Star write that Davies will undergo a medical today ahead of completing a transfer from the Championship side, the 25-year-old is available for a relatively low fee as he’s in the final six months of his contract. 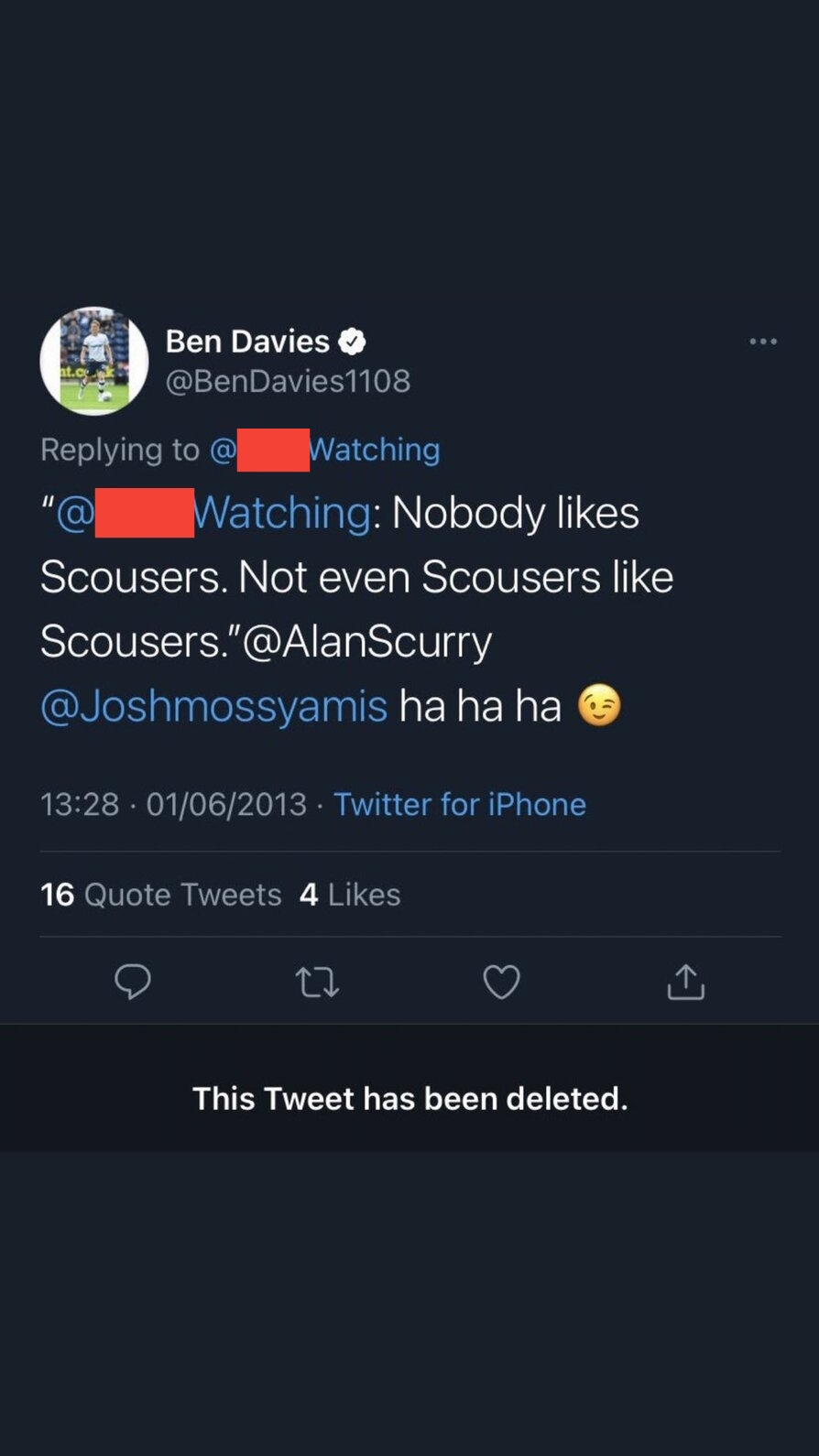 The tweet is from seven-and-a-half-years ago, Davies was just 17 years old at the time so he can perhaps be forgiven for a statement that will surely offend some Liverpool fans and more importantly leave the side looking a bit red-faced for the time being.

Jurgen Klopp is finally on the brink of landing a much-needed centre-back recruit with Virgil van Dijk and Joe Gomez sidelined with serious knee injuries, whilst Joel Matip is struggling with injury-proneness.