Former Manchester United midfielder Luke Chadwick has recalled being immediately blown away by Wayne Rooney after playing against him in a Reserves clash.

Rooney recently retired after an incredible playing career for Everton, Man Utd and England, and is sure to go down as one of this country’s greatest ever players.

At his peak, Rooney was also firmly up there with the finest footballers in the world, and it’s surreal to think he’s now hung up his boots to become Derby County manager.

Chadwick never played alongside Rooney at United, but does remember he made a real impression in a Reserves clash at Old Trafford when he was still only 15 years of age.

Speaking to CaughtOffside, Chadwick spoke in glowing terms about Rooney and suggested it was obvious for some time that he was set for a big career at the highest level.

“He’s right up there with the very best,” Chadwick said. “I remember I was playing for United Reserves as a young player and played Everton at Old Trafford and Rooney was playing for Everton. I think he was only 15 years old but he was head and shoulders above everyone else in terms of what he could do at that age – an absolute genius.

“I know some people give him a bit of stick for not fulfilling his potential, but what he achieved in the game was incredible and right up there with the best this country has ever produced. The goals he scored, the longevity he had was absolutely amazing. 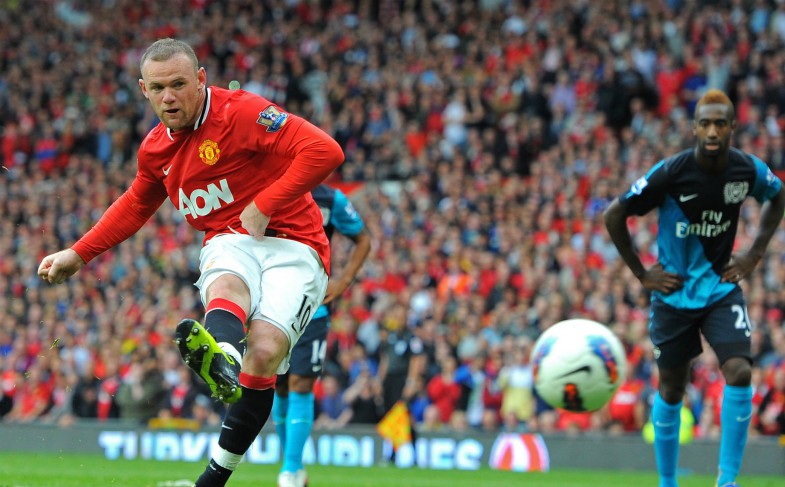 Wayne Rooney is a Manchester United and England legend

“He made an impression (in that Reserves game). I think everyone knew about Wayne Rooney even at that sort of age.

“I think it was common knowledge that Everton had someone coming through who was above and beyond anything we’d seen in many a year. I think all clubs would have known about Rooney because even from a schoolboy age he was doing great things in the youth team at Everton.

“I remember he had a shot from the half way line that hit the bar. He was one of those that took your breath away.”