The latest Premier League team of the week is here, with some Liverpool players back in after a return to form against West Ham last night.

The Reds have not been at their best lately, but have just won back to back away games against Tottenham and the Hammers, with three of their players getting into Garth Crooks’ latest XI on BBC Sport.

MORE: Liverpool closing in on centre-back signing at last

Jordan Henderson is in, used by Crooks in his new role at centre-back, and he’s joined by right-back Trent Alexander-Arnold and forward Mohamed Salah.

Thomas Tuchel enjoyed a first win as Chelsea manager yesterday with his Blues side beating Burnley 2-0, and their goal scorers Cesar Azpilicueta and Marcos Alonso got into this line up as a reward. 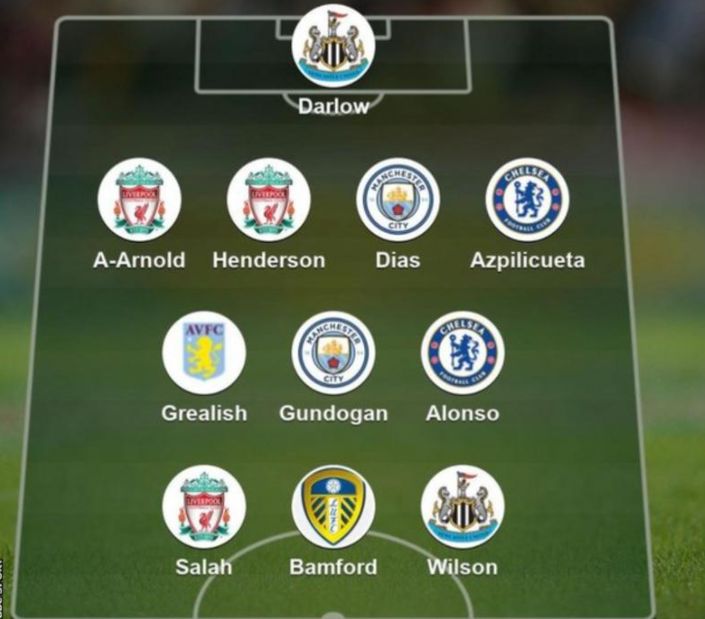 As we often find, however, the formation is a strange one in terms of fitting some of these players in…

Crooks often uses a 3-4-3 in his team of the week selections, and it would probably have worked quite well here, only he’s gone for 4-3-3 for some reason.

This means we have Azpilicueta, who played as one of three centre-backs yesterday, shifted to left-back, while wing-back Alonso is one of the three central midfielders.

Garth truly is a man of mysterious ways…