Marseille manager Andre Villas-Boas has surprisingly announced his desire to quit the club during a press conference today.

The Portuguese tactician has admitted he isn’t happy with his employers because of their decision to sign Olivier Ntcham against his will, according to quotes from Get French Football News in a series of tweets…

MORE: Video: Pundit warns new Liverpool signing he’s going to be in for a shock at Anfield 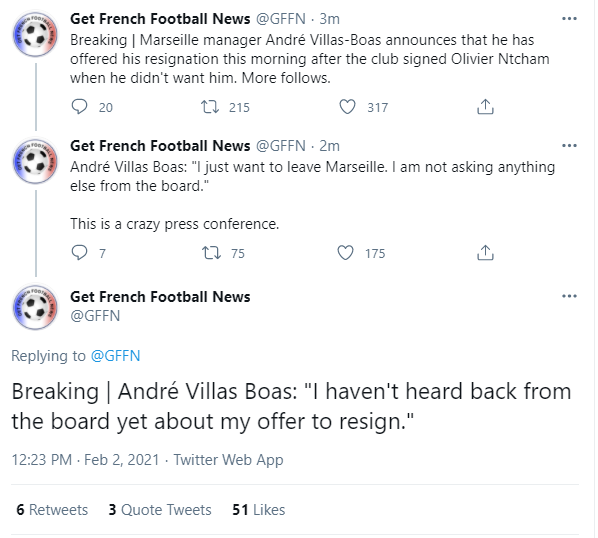 This is quite the announcement from Villas-Boas, who says he is waiting to hear back from the Marseille board about his decision to resign.

It remains to be seen how this will all play out, but it’s hard to see the former Chelsea and Tottenham manager staying with the Ligue 1 club at this point.

Marseille will surely not be happy with how AVB has conducted himself, as he has truly thrown his toys out of the pram very publicly just over one signing.

Villas-Boas has long divided opinion in the game despite showing some early promise at Porto, but this will not do his reputation much good.