The official account of Burger King in Spain quote tweeted El Chiringuito’s post stating that the 30-year-old missed training on Tuesday with a savage ‘2 for 1 at Burger King’ response.

It was reported that Hazard, who has already missed 17 of Los Blancos’ 30 games this season with either illness or injury, sat out of the session due to what has only been described as discomfort.

Hazard’s career has taken a big tumble since he was signed by Zinedine Zidane’s side from Chelsea in the summer of 2019 for an initial fee of £88m in a deal worth up to £130m, as per the Standard.

The silky attacker has been plagued by injury troubles since he moved to the Spanish capital, leaving him with four goals and seven assists after making just 35 appearances for the club. 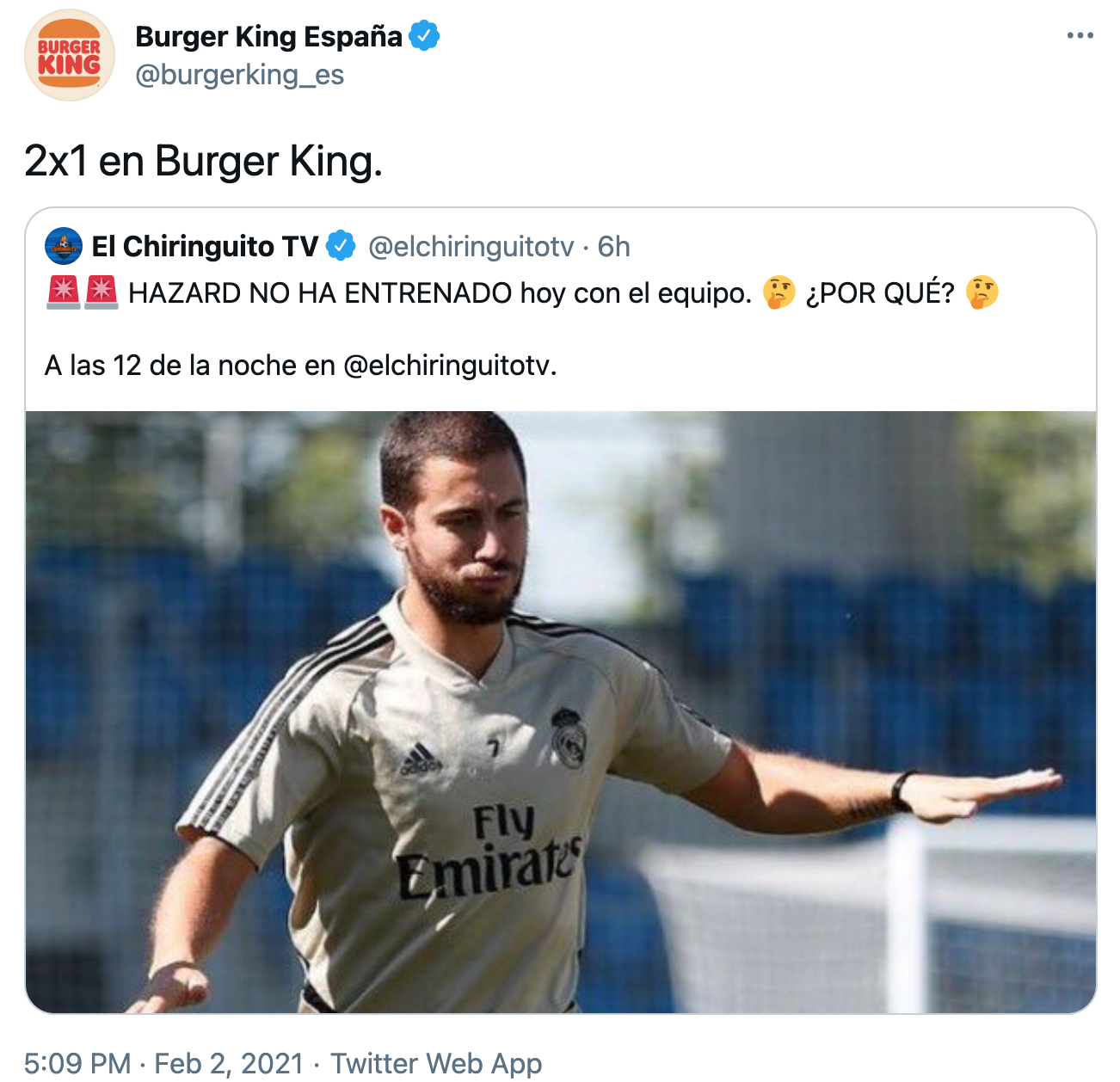 For any of our Spanish readers – or general fast-food connoisseurs – wondering, Burger King Spain’s 2 for 1 offer applies to the ‘Crispy Chicken’ and ‘Double BBQ Cheeseburgers’ items, with the ‘Big King and ‘Long Chicken’ (Chicken Royale equivalent) burgers available as past of a 2 for €4 deal.

Did Burger King take it a step too far with this jibe or was it fair game?