As Ben Davies enjoys a career-changing transfer to Liverpool, with the ace being recruited for a guaranteed fee of just £500,000 from Preston, the defender has endured some nightmares on Twitter.

After the 25-year-old was left to delete a tweet in which he pointed to the claims that ‘nobody likes Scousers’, Davies now appears to be a fan of the Reds’ heated rivals, Manchester United.

A screenshot of a tweet has emerged from a Manchester United supporter that shows Davies is also a faithful follower of the Red Devils.

It’s worth noting that the below post is also accompanied by a screenshot of a tweet that suggest Virgil van Dijk supports United, but that image clearly seems to have been faked.

In February of 2015, when Davies was 19 years old, he replied to then Preston teammates Josh Brownhill and Alan Browne ‘shh I’m menna (meant to) be a United fan’.

Why are @LFC so interested in signing players that are @ManUtd fans
First @VirgilvDijk and now Ben Davies? https://t.co/OKJEdl9blY pic.twitter.com/BRPe1G51SK 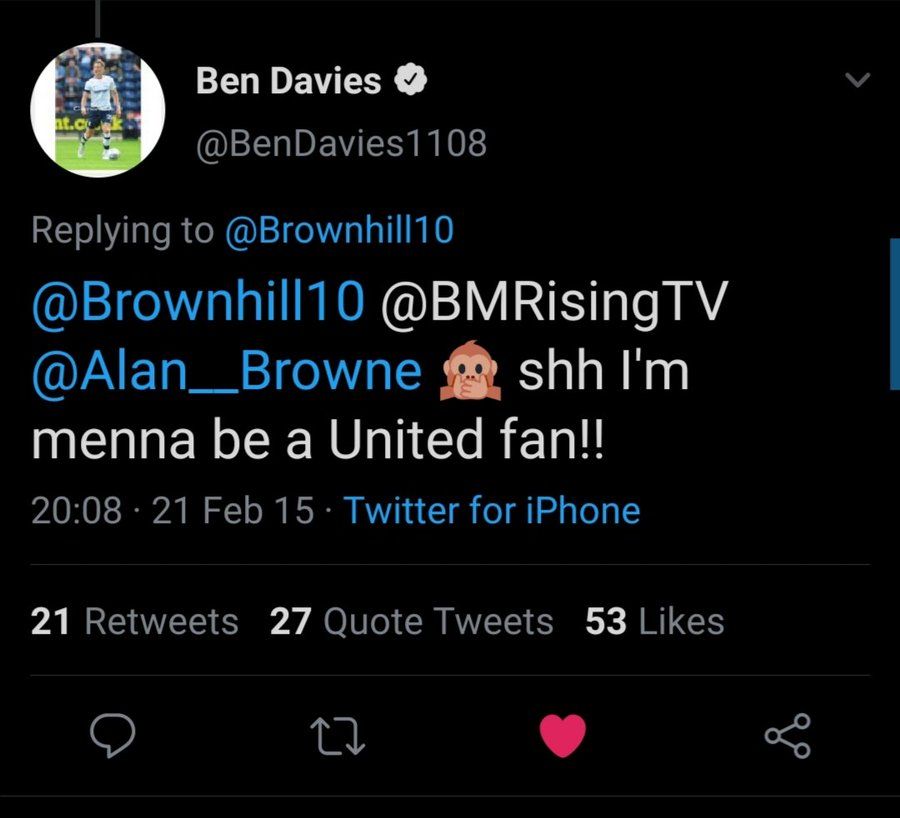 This really shouldn’t come across as all too surprising, Davies is from the north-west area of Barrow and joined Preston at the age of 11 – which isn’t too far from Manchester.

The fact that the tweet was in response to Brownhill adds more credibility to the matter, the ace who is now at Burnley was part of United’s academy until the start of the 2012/13 season.

With tweets like this hidden away, it’s no surprise that Davies isn’t really that active on the social media platform anymore.