Arsenal star Nicolas Pepe looks to have got his swagger back and is showing why the club invested so much in him, according to Rio Ferdinand.

The Manchester United legend was clearly impressed with what he saw of Pepe vs Wolves last night, with the Ivory Coast international scoring a sublime opening goal for the Gunners at Molineux.

Unfortunately, Pepe’s fine goal was not enough to prevent Arsenal losing to Wolves, with the home team coming from behind to win the Premier League encounter 2-1.

The 26-year-oldd was notably a club-record signing for Arsenal from Lille in 2019, as per BBC Sport‘s report at the time, and he’s not always looked worth the money.

However, it seems Pepe now looks to be finding his feet at the Emirates Stadium, having looked much-improved in the last few games after moving out onto the left flank, having previously mostly played on the right-hand side.

Ferdinand was clearly impressed, telling BT Sport, as quoted by the Metro: “Pepe has got his swagger back.

“We have mentioned the press being so successful for this Arsenal team coming into this game. 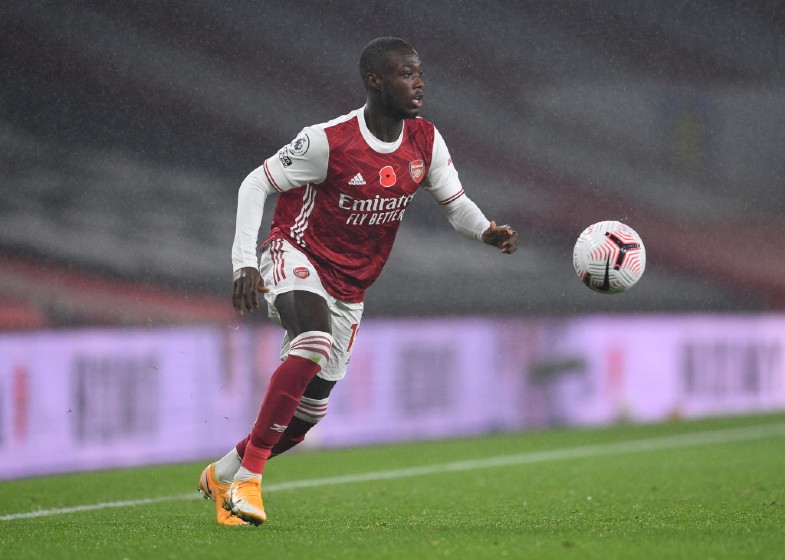 Nicolas Pepe on the ball for Arsenal

“Here they saw it, they smelt it and they went in and win the ball, Pepe himself wins it first and then it’s about him from here.

“He puts it through [Nelson] Semedo’s legs, a bit of luck and a bit of trickery, shuffles his way through and this finish is just sublime. What a finish off his right foot.

“He’s starting to show glimpses of why they invested so heavily in him.”