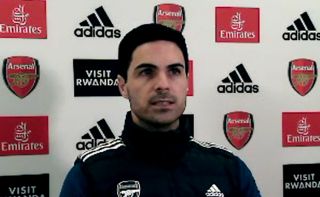 Arsenal manager Mikel Arteta has responded to transfer rumours linking the Gunners with a new signing at left-back during the recent January window.

Mikel Arteta speaks out on Arsenal's plans to sign a new left-back… pic.twitter.com/vHAbUst3fX

More specifically, Arsenal had been linked with Crystal Palace’s Patrick van Aanholt in that position in a report from The Athletic, but a deal never materialised.

Arsenal could do with more cover for Kieran Tierney after Sead Kolasinac’s departure, but it remains to be seen who they might target in the summer.