The former agent of ex-Liverpool ace Bobby Duncan has taken a jokey swipe at the Reds as he described their fans as the easiest fanbase to wind up.

See below for the tweet from Saif Rubie, who now seems remarkably chilled out making jokes about Liverpool considering the serious allegations he previously made against them… 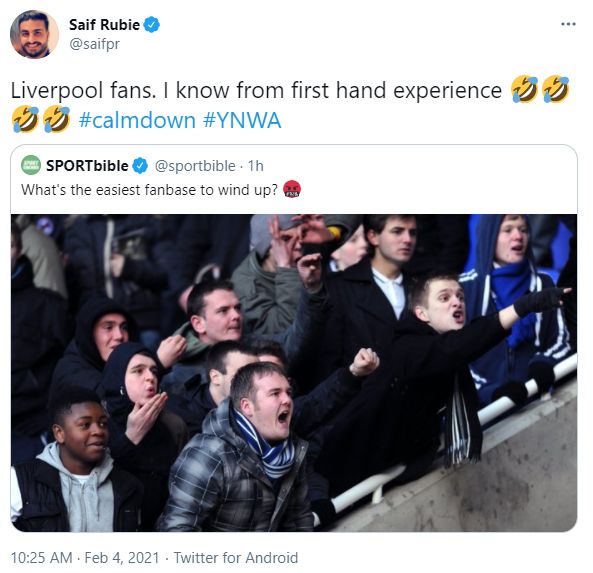 Back in 2019 as he pushed to get Duncan out of Anfield, Rubie made a bizarre public statement slamming Liverpool for bullying the player, saying he was seriously concerned about the player’s mental health and wellbeing, as reported by Sky Sports at the time.

Duncan is no longer represented by Rubie, and that’s probably a good thing, though his career has certainly gone downhill since leaving LFC.

The 19-year-old looked a big prospect and ended up moving to Fiorentina, though he’s since left the club and it remains to be seen what he can make of his career as he now only plays for U23 level for Derby County.