The 28-year-old shone for the Hammers with two goals against Aston Villa last night, giving us all a reminder of what he’s capable of.

MORE: Man United tipped to sign Serie A star in the summer in a €35m deal

Lingard had been frozen out of the first-team picture at Old Trafford, and it looks like Young is making reference to that with this tweet below, which features the notoriously cheeky side-eye emoji… 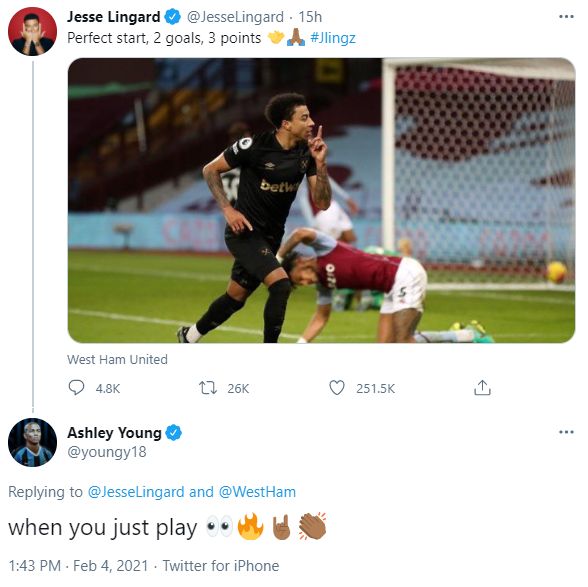 Young is surely suggesting that this is what Lingard is capable of when he just plays, and some United fans will be wondering if their club really made the right choice here.

Real Madrid are unwilling to pay as much as Liverpool, Man City and Chelsea for Jude Bellingham
Paulo Bento leaves South Korea following Round of 16 exit to Brazil
Neymar achieves World Cup record reached by only Pele and Ronaldo

Lingard was previously a key part of the team but had fallen out of favour before being sent out on loan.

Perhaps this can be an opportunity for the England international to get his confidence back and return to Manchester ready to make more of an impact next season.