Sometimes you won’t realise how good a player is until he tears your team apart, so there may be a tinge of regret at Aston Villa after their defeat to West Ham last night.

A report from HITC has indicated that Villa were heavily linked with a move for Said Benrahma when he was still at Brentford, but they decided to pass and he went on to sign for West Ham in a £20m deal instead.

They went on to give a few examples of Villa fans who were praising his performance and wishing that Villa had made the move to sign him, but it’s simply a case of what could’ve been.

The Algerian winger actually struggled to begin with after making the move to West Ham as he was in and out of the side for months, but he’s starting to nail down a regular spot now and he impressed with an assist in the win last night too.

Villa have still got some exciting attacking players so their summer transfer business wasn’t a disaster, but perhaps it would’ve been even better if Benrahma had been signed too. 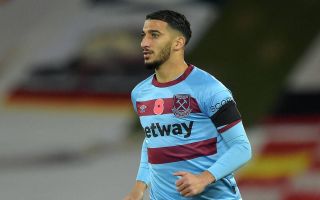