The Gunners were beaten 1-0 at Villa Park thanks to an early goal from Ollie Watkins, with Mikel Arteta’s side’s woeful form continuing.

See below, however, as Pepe highlighted Lacazette’s complaint about what looked like a foul on him that ended up being given against him… 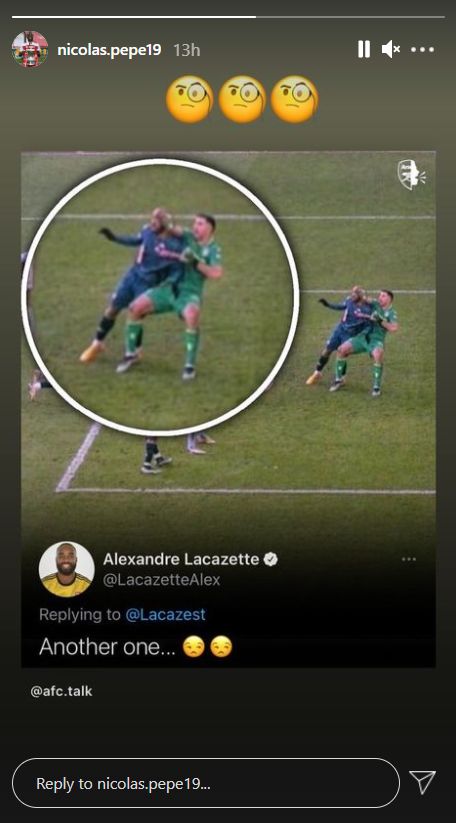 “No Neymar was the one we were looking at, but that didn’t quite happen.” – Newcastle manager Steve Bruce when asked about signing PSG’s Idrissa Gueye. Click here to read more.

This follows Arsenal players also being clearly unhappy with their treatment in the recent defeat at Wolves.

As we reported, both Hector Bellerin and Granit Xhaka took to social media to complain afterwards.