The Norway international joined the Gunners from Real Madrid in the summer and looks a promising addition for Mikel Arteta’s side, even if we’re yet to see much of him as he settles in.

It seems, however, that Odegaard is already leaning towards staying with Arsenal, regardless of what happens with Zinedine Zidane’s future at the Bernabeu, according to Todo Fichajes.

The 22-year-old could have a key role to play for Arsenal once he settles, with Mikel Arteta in need of a creative midfielder like this to replace Mesut Ozil, who recently left for Fenerbahce after falling out of favour.

Youngster Emile Smith Rowe also looks promising in that position, but Odegaard is more proven at the highest level.

Real Madrid also have Dani Ceballos on loan at the Emirates Stadium, so it will be interesting to see what happens with both players at the end of this season. 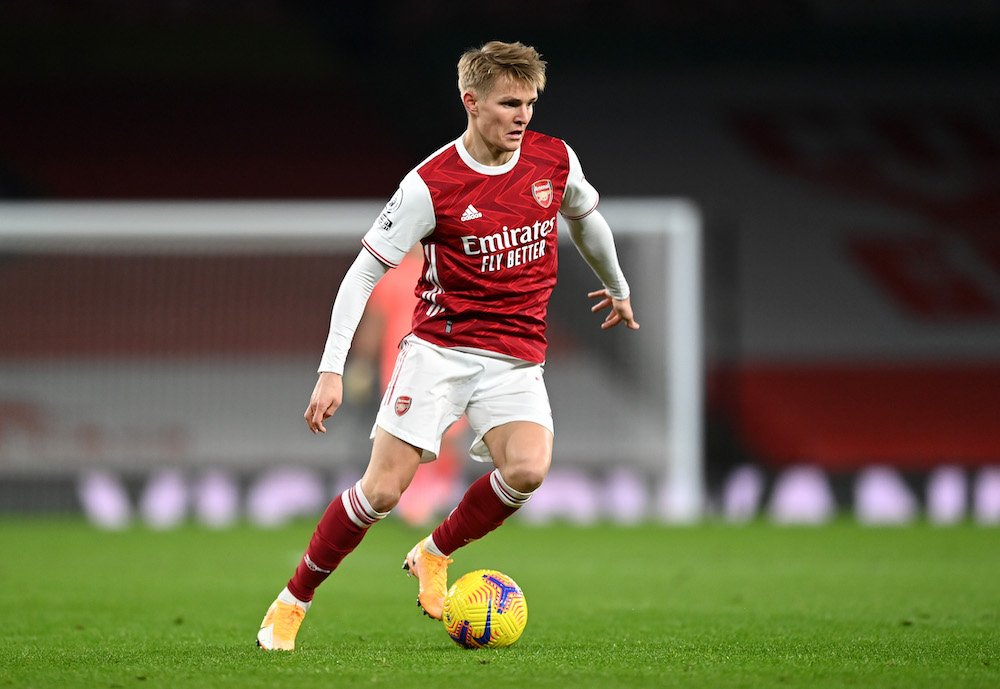 Martin Odegaard in action for Arsenal