The Frenchman has been a key player for Newcastle, but it seems he’s not done enough for Merson to bother learning his name properly!

See below as Saint-Maximin made reference to Newcastle’s new player ‘Sam Maximus’, whilst also changing his Twitter handle to Merson’s mispronunciation… 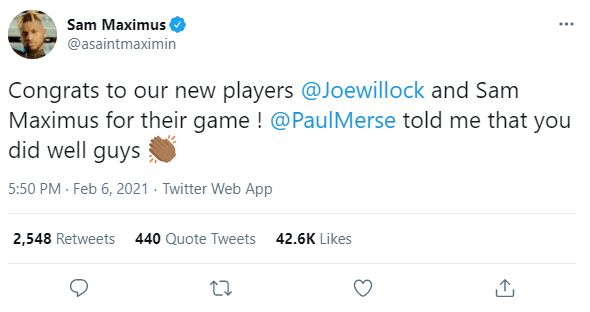 Saint-Maximin is known for being a bit of a character on social media, and this shows his great sense of humour.

Still, pundits like Merson who are paid good money to talk about football could really do better than this!

Newcastle ended up winning 3-2 against Southampton in a thrilling clash in the Premier League yesterday, with new loan signing Joe Willock grabbing a goal.

Saint-Maximin, or Sam Maximus, was not on the score sheet on this occasion, but he undoubtedly made an impact and is now doing his bit off the pitch too by hilariously putting Merson in his place.