Fabinho’s wife Rebeca Tavares found herself in a bit of a disagreement with a Liverpool fan on Twitter last night.

The Reds were thrashed 4-1 at home by Manchester City in a hugely disappointing result that surely ends any glimmer of hope they had of retaining their Premier League title this season.

It’s not looking good for Liverpool after a dire recent run of form, with Jurgen Klopp’s side losing four of their last six games, whilst winning just three times in their last eleven in all competitions.

Rebeca Tavares showed Fabinho and the rest of the team her support by tweeting out the You’ll Never Walk Alone hash tag after the City defeat, only for one fan to say now wasn’t the time… 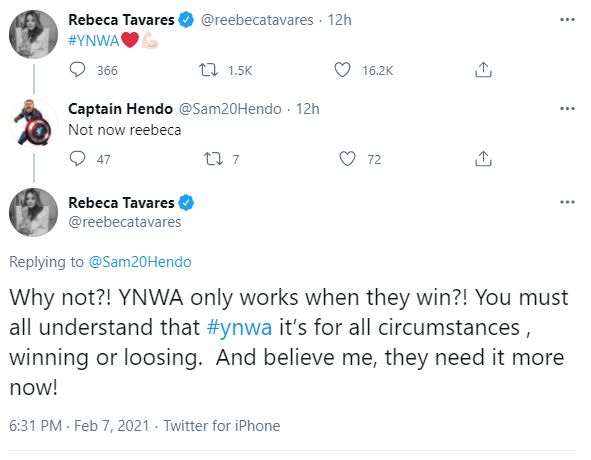 She then hit back, saying the team needs to be reminded of that more than ever at the moment.

Most Liverpool fans will surely appreciate her comment as she stands by Fabinho and the rest of the squad during their slump.