Gary Neville has named two problem players for Liverpool after their heavy 4-1 defeat to Manchester City at Anfield last night.

The Premier League champions were embarrassed by a superb City side, who ran away with the game late on, partly due to some costly individual errors from Liverpool goalkeeper Alisson.

However, Neville focused on two other players as he discussed the game on his podcast afterwards, saying that Mohamed Salah looks a player who must frustrate his team-mates with his selfish play.

“Salah. How many times does he give it away in the opposing half of the pitch where he tries to beat people? It’s frustrating. You see the rest of his team-mates frustrated. Mane as well, Firmino,” Neville said.

On top of that, the pundit also suggested that summer signing Thiago Alcantara might not be an ideal fit in this team, as he’s a key part of why the Reds’ passing style has got slower this season. 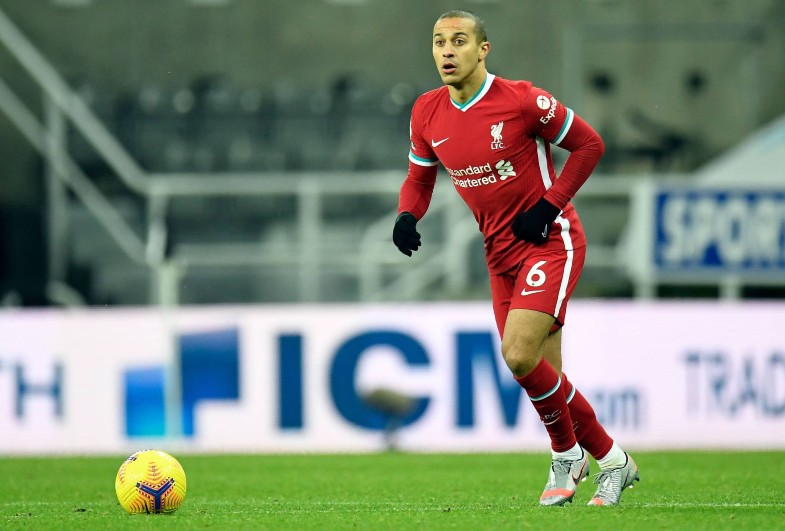 Thiago Alcantara hasn’t quite got going at Liverpool

LFC were well known for playing at a frantic pace before, but that’s not the kind of football Alcantara will have been used to at previous club Bayern Munich, and it does seem like he hasn’t quite slotted into Jurgen Klopp’s side yet.

“They just are really tentative. They’re playing extra passes, they’re not being as direct in their attacking,” Neville added.

“That will point towards Thiago [Alcantara], naturally, I don’t think it’s just him, it’s just the fact that all across the team they’re being more safe. Liverpool’s team over the past three years have been breath-taking but they played with risk all the time.”