Manchester United wonderkid Shola Shoretire could reportedly be set to earn a call-up to training with Ole Gunnar Solskjaer’s first-team.

The call could come as soon as this week, according to a report in The Athletic, with the highly-rated 17-year-old described as having excited staff at Carrington with his performances.

Shoretire has been in fine form at youth level for Man Utd as he shows himself to be the latest exciting talent coming through their prestigious academy.

United fans will no doubt hope the teenager can follow in the footsteps of players like Marcus Rashford and Mason Greenwood and make the step up to the senior side.

The Athletic suggest it’s a particularly big compliment to be promoting Shoretire at this stage due to the complicated bubbling systems in place at clubs due to the ongoing Covid-19 situation. 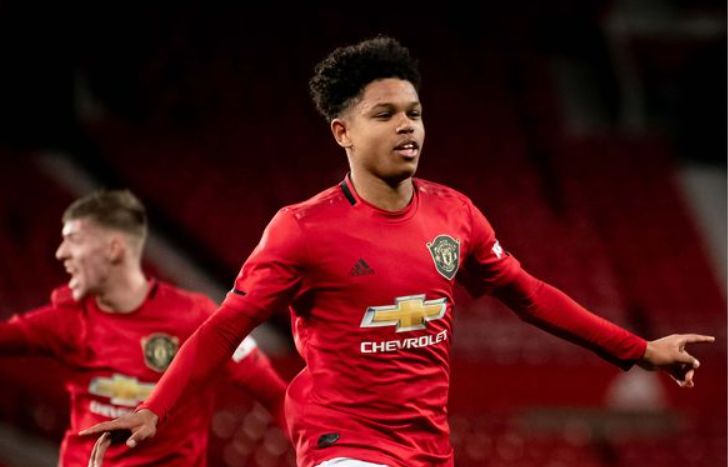 Shoretire will certainly hope to make the most of this opportunity to impress, and the bubble system could mean that, if he does make the move, he’ll be with the senior players for some time.

Hannibal Mejbri is also mentioned in the report as another player who could soon make the step up, though he’ll have to wait a bit longer as he’s currently injured.