Manchester United and Chelsea are reportedly on alert for the potential transfer of midfielder Casemiro as Real Madrid look under pressure to sell players due to financial issues.

The coronavirus pandemic has hit even the biggest clubs in the world very hard due to a lack of fans at games for almost a year now, and this could see some big names leave Real Madrid.

According to Don Balon, Casemiro is one of those who could be available, with the report naming Man Utd and Chelsea as possible suitors for the Brazil international.

Casemiro has been a fine player for Los Blancos in recent times, but it seems the club may view him as one of the more expendable names in their squad.

This could be a huge opportunity for United and Chelsea, who would surely benefit from adding the 28-year-old to their options in defensive midfield. 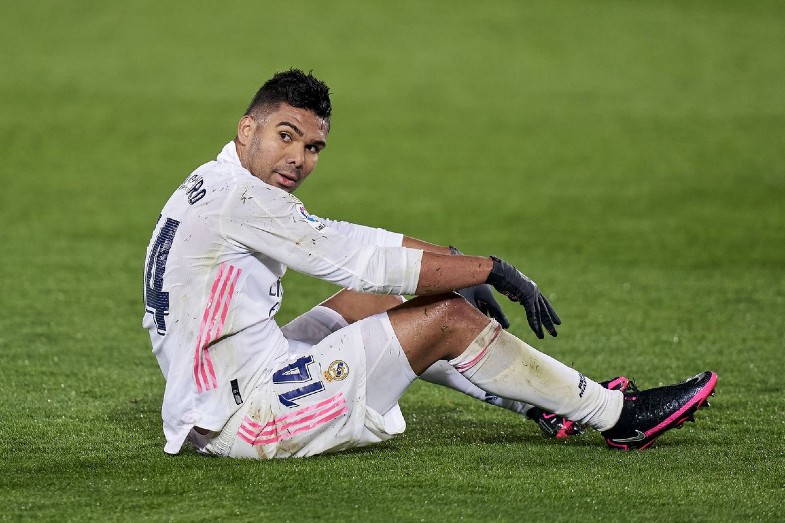 Casemiro’s Real Madrid future could be in some doubt

Ole Gunnar Solskjaer could do with freshening things up in the middle of the park, with Casemiro likely to be an upgrade on the ageing Nemanja Matic, and perhaps even on Fred, who has shown some improvement this season.

Chelsea, meanwhile, might also view Casemiro as a more reliable option than N’Golo Kante, who has had some fitness problems in recent times.