Chelsea legend Alan Hudson has given a perfect summary of the Marcos Alonso situation as he works his way back into the club’s plans under new manager Thomas Tuchel.

The Spaniard was initially a big hit when he joined Chelsea under Antonio Conte, looking the ideal wing-back in the Blues’ 3-4-3 system as they ran away with the Premier League title in 2016/17.

Alonso then fell out of favour with Maurizio Sarri and Frank Lampard, but now seems to be impressing again as new manager Tuchel reverts back to a system of three centre-backs and wing-backs.

This suits Alonso’s game, and ex-Blue Hudson is a fan of what the 30-year-old can offer in that position, though he admits he’s also frustrating for a manager due to his inconsistency.

“Here you have a dilemma and if you like Alonso you MUST use him as a forward-going left sided player,” Hudson told CaughtOffside. 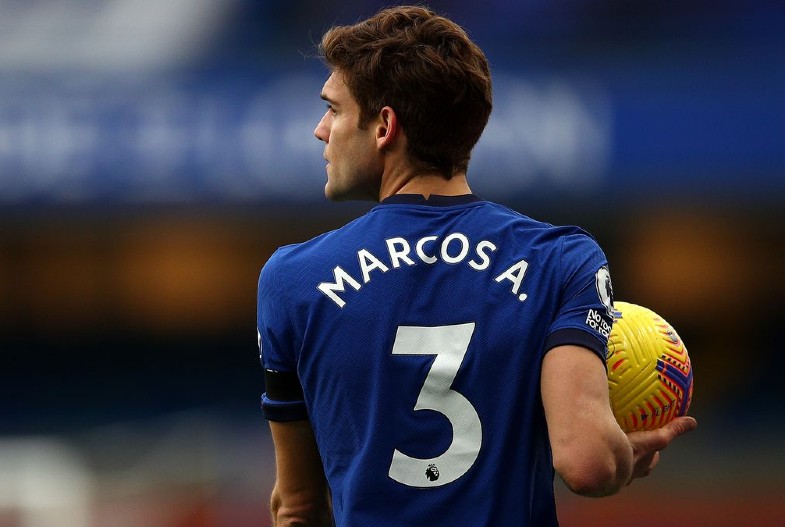 “Both are good in possession and Chilwell has shown he has an eye for goal, something positive, unlike over on the right side. Going back, Chelsea once had Ashley Cole who could do both jobs, defend and attack, but these are different individuals. We have seen Alonso go missing when the other team attack, left upfield – that was why he and Frank fell out.

“As an out and out defensive left-back it’s Chilwell, but the problem here is apart from appearance they’re very similar, maybe too similar that is why you can use them to your advantage if they both play Alonso must be looked at as a deep lying left winger and Chilwell controlling him once losing possession.

“I like Alonso, but one week he’ll look a world beater and the following week he’ll get you the sack. It’s called consistency – something Chilwell had at Leicester City.”